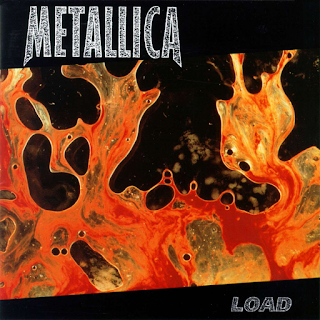 I got this album in 1996.  It was the first CD I bought/owned.  I didn’t even have a CD player until about a month before this, when I was given one as a junior high graduation present from my mom.  Not only was it a CD player, it was a three-disc player!  I’m pretty sure that I bought this album at the Wherehouse with a giftcard I was given for my 14th birthday (possibly by Will Golden (and his brother).)  This was a pretty divisive album for existing Metallica fans, and lead to myriad accusations of “selling out.”  But I wasn’t an existing Metallica fan, so I didn’t care that they had cut their hair.
Posted by Catfish at 2:52 PM