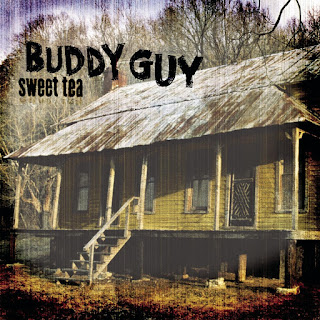 FUUUU-UUUUUUUUUUUUCK.  Seriously.  FUCK!  This album is… I dunno, man, it is something else.  They sent Buddy Guy down to North Mississippi and had him cover Junior Kimbrough, T-Model Ford, and Cedell Davis, amongst others.  They got this hot fire that sounds unlike anything else in Buddy’s discography that I’ve heard.  Words like “raw” and “primal” come to mind.  I found this album in the early aughts, just randomly as I was picking up whatever Buddy Guy albums I could find at Zia.  Some years after I discovered it, I offered to loan my album to someone as a primer for the Buddy Guy show we were going to see as a group because I was hoping 1) That she’d also get heart-eyes for the album and 2) I’d get to see her dumb face.  I got to watch her watch Buddy Guy live in concert and it was adorable.  Her reactions were childlike in wonder and awe.  I knew I was in trouble.  And I was right.

Postscript:  I was lamenting the fact that this album was never released on vinyl and was going to mention that sad fact in this write-up, but after looking on eBay, I learned it was re-released on vinyl in Europe this year and then I had to check Amazon, of course, and I’m proud to say that my copy will be arriving soon.
Posted by Catfish at 10:25 AM