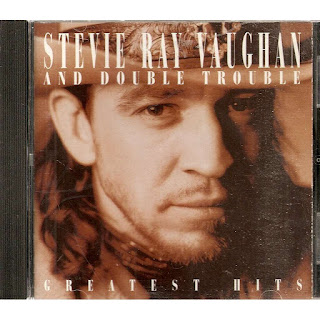 If my memory serves me correctly, and it almost never does, this was my gateway to the blues.  Not blues-rock, but *blues*.  Yes, it’s kind of ridiculous that I was introduced to the blues via a white man with a peacock tattoo on his chest, but this isn’t the place for deep discussion.  And yes, you could argue that SRV isn’t really blues-blues, but like I said, this isn’t the place.  It’s a place for me to ramble tangentially about inanities.  So, I’m pretty sure my mom had this album first on cassette tape.  Eventually I got my own copy on CD, but it didn’t really connect with me right away.  That didn’t happen until the summer between sophomore and junior years of high school.  I was housesitting for my aunt for an extended period of time.  Definitely more than a week, but maybe not quite two weeks?  I don’t remember, but whatever it was, it was the longest I’d ever been away from home.  Naturally when one is going to be away from home for that long, one needs supplies, including music.  I brought a stack of CDs with me, including this one.  I don't know why it was different this time, but it was.  I got infected.  Fucking blues guitar, man.  I started tracing my way backwards on the map.  Found Buddy Guy.  And the three Kings of the blues: Albert, B.B., and Freddie.  Howlin’ Wolf.  Elmore James.  And on and on.
Posted by Catfish at 8:04 PM