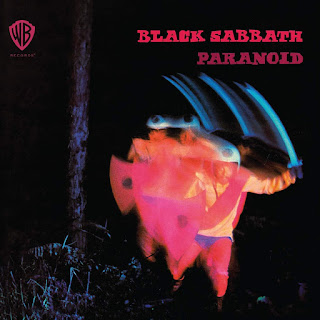 Not counting what I heard on classic rock radio, this was my introduction to Black Sabbath and Ozzy.  I happen to be one of those people that only digs Sabbath when Ozzy was the singer.  Ronnie James Dio? GTFO...  I purchased this CD at the 7-Eleven (yes, at a 7-Eleven) on 22nd St sometime in high school.  I think that 7-Eleven has since closed.  I guess it’s true what they say: there’s just no competing with the Hanson’s Good-to-Go.  It’s entirely possible that this is a bootlegged version and not an official release.  I say this because the tracklisting/order is slightly different on the 7-Eleven version than what’s on Wikipedia.  Instead of track #1 being listed as just “War Pigs,” it’s “War Pigs/Luke’s Wall.”  And tracks #7 (“Rat Salad”)  and #8 (“Fairies Wear Boots”) are transposed, with the latter being listed as “Jack the Stripper/Fairies Wear Boots.”  I suspect I got this album because “Iron Man” was on it, but the whole thing is solid.  “Iron Man” > “Paranoid”; fight me.  I remember wearing Black Sabbath/Ozzy shirts in high school, which made some of the *really* Christian kids think I worshipped the devil or something.  Nope, just Allah, kids.
Posted by Catfish at 10:55 AM